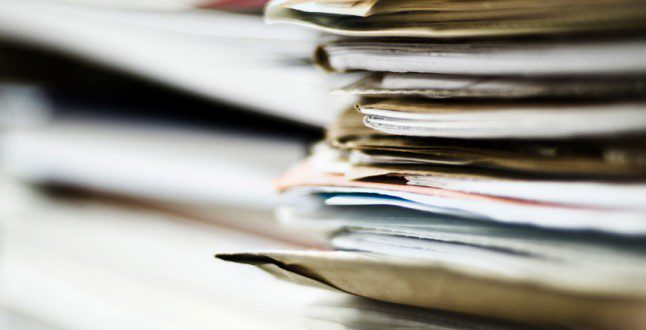 The Credit Ombud’s annual results for 2011 show increased demand for its dispute resolution services in the credit industry.

Releasing its 2011 annual report, Credit Ombud, Manie Van Schalkwyk said the office received a total of 14 167 complaints and enquiries between January and December 2011. “We recovered a total of R2,4m for complainants and found in favour of consumers 53% of the time,” said Van Schalkwyk.

The office of the Credit Ombud deals with complaints relating to credit information, debt counselling and non-bank credit disputes.  On average the organisation took 41 days to finalise a dispute at a cost of R1 896 per dispute.  Total disputes closed increased 39% across all departments reaching 4, 943.

While credit information disputes remained stable year-on-year, there was an increase in the number of non-bank credit disputes, he added. These included credit agreements such as clothing, retail and furniture accounts as well as loans from micro-lenders and credit providers other than banks.

There was a 212% increase in the number of non-bank credit disputes during 2011, with the Credit Ombud finalising 1 337 disputes.  The office was responsible for the recovery of more than R1,6 million in non-bank credit disputes, an increase of 143% on the previous year.  The main reason for the significant increase in this department was that it came from a low base of complaints the previous year – 2011 was the second year of operation for this department.

“The major concern in the area of non-bank credit is in terms of statements, where payments are misallocated or statements are not forthcoming from credit providers,” said Van Schalkwyk.

The Credit Ombud closed 3 192 credit information disputes during 2011, an increase of 2,2% on 2010.  Van Schalkwyk said it was of concern that monthly payment profile records were not being updated by credit providers and rescinded judgments remained on the credit bureaux.

“One reason for the delay in updating judgment information is that fraudulent rescission documents are being produced by consumers and the credit bureaux are having to be more vigilant in investigating these,” Van Schalkwyk explained.  “As a result, credit bureaux are taking longer than the required 20 working days to update their records.”

“We receive the more intricate and complicated matters that require an in-depth and comprehensive investigation, as well as urgent matters where a sale in execution or a repossession is imminent,” says Van Schalkwyk. “We look at complaints holistically, and try to reach an amicable solution which is beneficial to all, whilst still considering the rights and obligations of all parties involved.”

Through the cooperation of creditors and debt counsellors, the Credit Ombud office achieved significant successes this past year, and a number of sales in execution and repossessions were stopped. This resulted in consumers retaining possession of their assets, whilst at the same time continuing to service their debts.

“It is widely accepted that the debt counselling process had many teething problems and that there were numerous challenges with the process itself as well as the court processes,” added Van Schalkwyk. “All industry players continue to work together to address these issues and agreements are now in place to streamline the process in many of the cases.”

Educating consumers about the dangers of debt

An “Imali Matters” test project was set up not only to assist consumers with independent, face-to-face guidance in financial matters but also to double up as a centralised office where consumers lodge financial complaints.  Staff in three test offices assisted consumers in taking down complaints and forwarding these to the relevant Ombud or Regulator’s office.

In addition, the Credit Ombud conducted numerous consumer education initiatives, with media exposure topping R16,2 million, an increase of 24% compared to the previous year.  It also participated in 55 community workshops and outreach activities.

A life line for  consumers

Van Schalkwyk said the Credit Ombud together with the other voluntary financial Ombudsman and regulators had successfully implemented a centralised helpline for consumers to assist them in lodging a complaint in the financial services sector. Callers are directed or transferred to the correct organisation to deal with their specific problem. At the Credit Ombud’s office, a total of 24 178 calls were received by the call centre and representing an increase of 13%, which Van Schalkwyk regards as very positive.

Looking forward, Van Schalkwyk said with household debt at 75% of disposable income during 2011 and 46,2% (8,93 million) of the 19,34 million credit active consumers in the country having impaired credit records, the Credit Ombud would continue to play an important and necessary role in helping consumers to resolve their credit disputes.

“There is likely to be more financial pressure on consumers if the economic situation worsens or if interest rates increase,” said Van Schalkwyk.  “We look forward to helping more consumers resolve their financial issues as effectively and efficiently as possible.”