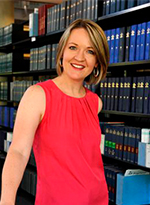 In 2008, the University of Pretoria found various irregularities in the emoluments attachment order (EAO) process (or garnishee process as it is commonly and erroneously referred to) and made a number of recommendations to address the identified issues. Four years later, industry bodies and the press highlighted similar irregularities and revived interest in this matter. As a result, the Minister of Finance and the Banking Association of South Africa (BASA) issued a joint statement in terms whereof BASA members committed not to use EAOs against credit defaulters. Finance Minister Pravin Gordhan in the Budget Speech also expressed concern about the abuse of the garnishee process. It is clear that the time has come to address this situation as it was identified as a contributing factor in the over-indebtedness of millions of South Africans.

It is common cause that the EAO process is the victim of unscrupulous abuse, exploitation and maladministration by collection practitioners. Some of these abuses include:

These issues are coupled with broader problems such as a lack of basic financial and legal literacy skills amongst consumers; insufficient communication between credit providers and employers; and a lack of knowledge amongst clerks of the court, as well as amongst employers and payroll officers. There is also an absence of appropriate administration systems and judicial oversight and control. Comparative research done by the University of Pretoria’s Law Clinic indicated that South African legislation, unlike most foreign jurisdictions, also does not make provision for a statutory cap on the amount of the salary to be attached. In South Africa, multiple EAOs resulting in a zero or near zero take home pay are common. Research indicated that multiple attachments are either not allowed in foreign jurisdictions or it is much better regulated than in South Africa.

The alternatives to EAOs, namely Section 65 procedure (debtor’s court) and sales in execution present their own problems. Sales in execution are a very expensive debt collection mechanism and proceeds from these sales seldom satisfy the judgement debt. Anecdotal evidence indicates that less than 33% of debtors successfully served with a section 65 A notice appears in court, which renders this procedure highly ineffective.

When considering legislative reform with the aim of consumer protection, a number of factors have to be taken into account i.e. the costs of the protection and who is going to bear it, and the already heavy work load of clerks and magistrates in the civil section of the Magistrate’s Court. Therefore, the possible impact of the suggested changes to the legislation governing EAOs should be studied and consultation with all the relevant role players should be conducted in order to present a coherent proposal for legislative reform.

The recently established task team investigating issues identified as detrimental to the EAO process will, by establishing a code of conduct to regulate the conduct of industry role players such as credit providers, attorneys and debt collectors, play a very important role in addressing some of the problems pending legislative amendments and will no doubt contribute to the debate on legislative reform.