The Department of Trade and Industry’s (dti) credit information removal project, the so-called ‘credit amnesty’, as well as unfair emoluments attachment ordersboosted complaints and enquiries received by the office of the Credit Ombud by 50,24% during the period January to December 2014.

Under the new regulations published by the dti in February 2014 relating to the “Removal  of Adverse Credit Information and Paid- up Judgments”, credit bureaus removed all existing adverse information from consumers’ credit records. But after 1 April 2014, it was business as usual, with new default listings again submitted.  This gave rise to consumer disputes and could continue to do so, he warned. The regulation further stipulated that paid-up judgments should be removed, and some consumers complained that although their judgments were paid, the information remained on their credit records.

“For a few months our office was inundated with calls and enquiries from consumers regarding the so-called ‘credit amnesty’ and how it affected their credit profiles,” explained Van Schalkwyk. “One of the main areas we focused on was affording consumers redress to correct their credit information.”

Calls to the Credit Ombud’s call centre increased by 48% over the 2014 period and led to a 60% increase in the number of complaints and enquiries relating to the removal of credit information.

A large percentage of the complaints received by the non-bank credit department related to one specific lender and its collecting attorneys. “In many of these and other matters we were fortunately able to negotiate a very good outcome for the consumers,” said Van Schalkwyk, adding that for the year, the amounts refunded to consumers as a result of the Credit Ombud’s intervention, amounted to R2 889 238.

“We were especially busy assisting consumers to resolve their disputes relating to emoluments attachment orders, commonly referred to as garnishee orders,” said Van Schalkwyk.  “Our experience has been that there are still far too many consumers who are paying off their debts through this collection method, where there is some material breach of the application of the law and the process.”

Van Schalkwyk noted that the soon-to-be promulgated National Credit Amendment Act will enable the Credit Ombud to continue to play an even bigger role in shaping the credit and credit information landscape, especially with regard to affordability assessments and the enlistment of maintenance defaulters.

In addition, the second draft of the Financial Sector Regulation Bill published late last year goes a long way in strengthening the ombuds system by creating a stronger central coordinating role for the Financial Services Ombuds Council. “By recognising a credit agreement as a financial product, it widens the net of credit grantors who will be subject to the jurisdiction of a voluntary ombud,” he added.

He said overall, the majority of the members and their agents co-operated with the Credit Ombud and during 2014 all cases were resolved through negotiation. No rulings were issued.

This year marks a milestone in the history of the Credit Ombud as it celebrates 10 years of resolving credit conflicts between consumers and businesses.

Van Schalkwyk welcomed new Credit Ombud Nicky Lala-Mohan, who takes over the reigns on 1 March 2015.  Lala-Mohan was previously Chairperson of the Credit Ombud’s Council. He has more than two decades of experience in the credit industry, holding various positions within Standard Bank and the Banking Association.

Lala-Mohan said he was looking forward to building on the strong platform developed over the past decade.

“Finding equitable resolution to disputes in the credit industry requires the input of all stakeholders, including consumers and lending organisations,” he said. 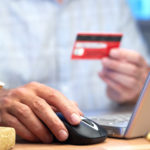