Women are increasingly taking charge of their finances and are more pro-active in sorting out their credit and financial woes. The recently released annual results of the office of the Credit Ombud show that 47% of complainants who sought assistance in 2013 were women.

‘When compared to previous years, the number of female complainants’ has steadily been on the rise, an indication that women are increasingly speaking out and taking steps to address their credit related problems,’ says Credit Ombud Manie van Schalkwyk.

Another surprising figure is that young females aged between 18 and 35 years accounted for 38% of the total figure of women who reached out for assistance. It is positive to see that young females are knowledgeable when it comes to reaching out for assistance, but it could also be worrying if too many are already facing debt troubles at a young age.

The most common complaints from women were disputes about their statements of account as well as disputes regarding emolument attachment orders emanating from credit agreements and loans.

The following example is a typical type of complaint that the office of the Credit Ombud deals with daily. We assisted Kopano Modise* who had a judgment taken against her as a result of a fraudulently opened account. Subsequently a court order also compelled her employer to deduct money from her salary to settle this fraudulent debt! Through the intervention of the Ombud’s office, the fraud was proved and Kopano was refunded R 17 980 and the judgement was rescinded at no cost to her.

‘It is of utmost importance that consumers scrutinise their accounts, loan and bank statements, their payslips or any other documents which relate to them paying over any money as this will be a guaranteed way of noting any discrepancies which may occur as a result of fraud or being over-charged,’ emphasises van Schalkwyk.

In another case, pensioner Mary Jacobs* also had a burden removed from her shoulders when the Credit Ombud’s office facilitating negotiations with the credit provider to write off R 43 143 outstanding debt, due to the fact that r an affordability assessment prior to granting her the loan was not done properly. As a result she ended up with a credit agreement which she could not afford to repay. ‘Mary’s case was one of a woman in dire straits – as a pensioner it brought huge relief in her life when we were able to facilitate the outcome which resulted in the debt being written off,’ says van Schalkwyk.

Being listed for prescribed accounts was the top complaint raised by women in terms of credit bureau complaints. Prescribed debts refers to any debt older than three years and which a consumers has failed to acknowledge and did not make any payment in that period. The law prohibits the listing of a debt that has become prescribed, and many consumers raised this issue with our office.

‘In the past, the onus was on consumers to raise prescription as a defence when pursued to pay for debts that had prescribed. The changes in the law as a result of the National Credit Amendment Act will hopefully bring much relieve to consumers where prescribed debt complaints are concerned,’ says van Schalkwyk. “Once the National Credit Amendment Act comes into operation, it would be in contravention of the Act for credit providers to collect on prescribed debt or to sell or hand over for collection any debt which has prescribed.” ‘Women have always been at the forefront of change in our country. Finmark Trust research in 2013 showed that women saving via stokvels and savings groups had increased when compared to the previous year and that they were more inclined to manage their debts well. Van Schalkwyk advises women to do the following in order to cultivate a healthy credit life:

Consumers can make use of the office of the Credit Ombud’s free services for incorrect or unfair credit bureau listings or any other credit agreement related problems by contacting the office on 0861 66 28 37 or emailing ombud@creditombud.org.za. 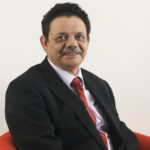 Howard Gabriels appointed as the Credit Ombud
Unemployed with debt. It’s not the end for you.
Burn that excess Debt! It’s time to detox and declutter.